THANK YOU FOR SUBSCRIBING

The Latin American startup ecosystem is booming, with up to 23 unicorns in the area—at least six of which have emerged in the last year alone. Several startups focus on solving incremental challenges, such as providing add-ons to make an existing system better or faster, owing to the rapid digital infrastructure advancements made in the more developed economies.

Despite challenges such as poverty and social inequality, the region represents a massive market with numerous possibilities for expansion and advancement. According to a study, Latin America’s technology market capitalization is increasing significantly—by 65 percent each year. The numbers in the US stagnate at around 11 percent, and 40 in China. By 2030, the value of Latin American and Caribbean tech companies, as individual ecosystems, is expected to exceed two trillion dollars. Since 2016, Latin America’s venture capital investment has doubled annually, hitting an all-time high of 4.6 billion in 2019. SoftBank, which established a five-billion-dollar fund in 2019 to invest only in the Latin American market, was a major contributor to this spike in funding.

Despite these significant headwinds, the region’s startups are well-positioned to maintain their current, strong growth trajectory. The pandemic has expedited digital transformation in a few sectors but has also shown shortcomings in industries such as education and financial services. These gaps present opportunities for technology startups and attract venture capitalists (VCs) who always aim for more development and influence in emerging economies during these challenging times. As more substantial companies enter the region, they bring with them innovative solutions and also inspire the latest generation of entrepreneurs, forming beneficial partnerships in Latin America.

This issue offers a combination of thought leadership articles from Alfonso De los Rios, co-founder and CEO at Nowports and Josu Gurtubay, co-founder and COO at Cubbo, with real-life stories on fostering robust partnerships and exclusive insights from VCs and CXOs. The magazine also features innovative solutions from companies, including Apepe and Gopanza. We present to you Top Latin America Tech Startups, 2022. 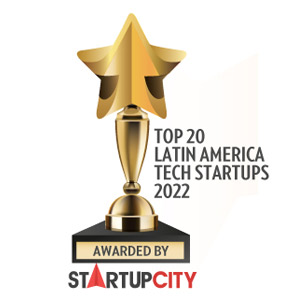 Our subscribers nominate the companies with whom they have collaborated and gotten results. If you think there is a company that deserves to be on our upcoming prestigious annual list of Top 20 Latin America Tech Startups , please write to us about them and the reasons you think they need to be on the list

Your nomination request for upcoming annual list of "Top 20 Latin America Tech Startups " has been Successfully Sent . We will be in touch with you shortly.